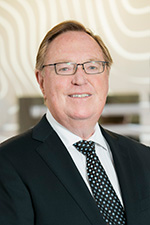 His industry service has included State Government appointed roles as Chairman of both the Perth Inner City Living Taskforce and the Residential Densities Review Taskforce. He was also a Member of the Commercial Tribunal (Commercial Tenancies).

Mr Lennon is a former President of Western Australia’s Shire of Peppermint Grove and Deputy Chairman of the National Board of the Australia Day Council. He is also a former Chairman of the Curtin Aged Persons Foundation and a founding Director of the Wearne and the Riversea Hostels for the Aged, both of which are locally initiated and managed community facilities. He is a World Fellow Member of The Duke of Edinburgh’s International Award. Mr Gore’s appointment to the position of Managing Director and CEO followed experience in two other key executive roles within the Company. He began with Peet as Chief Financial Officer and played a key role in expanding the Company’s scope of activities and growing its core residential development and land syndication businesses.

Mr Gore’s period in senior executive roles at Peet Limited was preceded by more than two decades’ experience in a range of senior corporate, commercial and operational positions where he gained extensive experience in large scale operations, strategy development and implementation, as well as expertise in debt and equity markets.

He developed a reputation as a strong leader, with operational responsibilities across local and State Government relations, environmental and sustainability management and occupational health and safety. 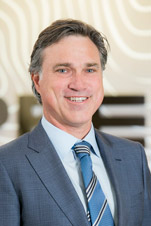 He moved to Victoria to establish Peet’s operations in Australia’s eastern states and oversaw significant expansion.

Before joining the Company, Mr Lennon worked in the United Kingdom, where he completed his post-graduate qualification whilst working for major international construction and development company, John Laing PLC. His time with this global company saw him gain valuable experience in property planning, marketing, feasibility analysis and project management.

Mr Lennon’s responsibilities during his career with Peet included project management, broadacre acquisitions, marketing and financing and a six-year term as Chairman of one of WA’s largest conveyancing businesses.

Until his transition from Executive to Non-executive Director on 27 August 2012, Mr Lennon was Peet Limited’s National Business Development Director.

In 2019 he became a director of Habitat for Humanity (Vic). Part of a worldwide organisation, it is a registered charity which assists low income families into affordable home ownership and out of the rental market by providing no interest mortgages. Mr Allen is an Independent Non-executive Director of Freedom Foods Group Limited, where he chairs its Finance and Audit Committee and is a member of its Risk and Compliance Committee and of its People and Culture Committee.

In addition, Mr Allen is a Non-executive Director of Eclipx Group Limited, where he chairs its Audit and Risk Management Committee and is a member of its Remuneration Committee. He is also a non-executive director of TopCo Investments Pte Ltd, a Singapore company which is the holding company of Real Pet Food Company Limited, where he chairs its Risk and Sustainability Committee and is the Deputy Chair of its Finance and Audit Committee.

Prior to Mr Allen’s non-executive roles, he held senior executive positions including Executive Director Corporate Finance at SBC Warburg (now part of UBS), at Baring Brothers and as a Corporate Finance Partner at KPMG. At the time of his retirement from KPMG in 2011 he was the lead partner in its National Mergers and Acquisitions group. Independent Non-Executive Director
BJURIS LLB W.AUST, GAICD
Vicki Krause was appointed to the Board of Peet Limited in April 2014.

An experienced commercial lawyer, Ms Krause had a 25 year career as a senior corporate executive with the Wesfarmers Group, including seven years as its Chief Legal Counsel.

She supported successful outcomes in numerous significant acquisitions (including listed companies, trade sales and a privatisation) and divestments.

As Chief Legal Counsel and a member of the Wesfarmers Executive Committee, Ms Krause led a large legal team and was responsible for the provision of legal advice and strategic planning in relation to the management of legal risk in the Wesfarmers Group with key outputs including the evaluation and completion of major business projects and major supply arrangements.

She is a former director of Western Power. He is the former Managing Director of Austal Ships and Fleetwood Corporation Limited and spent 28 years with Capral Aluminium (formerly Alcan Australia) in various financial and senior executive positions. Group Company Secretary
BComm, CA
Dom Scafetta is a Chartered Accountant who joined Peet Limited in 1998.
Mr Scafetta began his career with major accounting firm Coopers & Lybrand (now PricewaterhouseCoopers) after completing a commerce degree. He held a senior role with the organisation in its Business Services division and advised a range of clients on accounting, taxation and general business matters.
Mr Scafetta initially joined Peet as Company Accountant, which also required him to act as Company Secretary for the Company’s various syndicates and subsidiaries, then prior to Peet being listed on the Australian Securities Exchange, he was appointed Chief Financial Officer and served in that role until February 2005 when he was appointed as Company Secretary. Brendan Gore has held senior corporate, commercial and operational roles for more than 20 years and brings to the positions of Managing Director and Chief Executive Officer wide-ranging expertise in the business, resources and property sectors.

Mr Gore is a qualified accountant and Fellow of the Australian Institute of Company Directors, CPA Australia and the Chartered Secretaries Australia.

He began with Peet as Chief Financial Officer and played a key role in expanding the Company’s scope of activities and growing its core residential development and land syndication businesses.

In January 2007 he was appointed inaugural Chief Operating Officer, taking on responsibility for developing Peet’s integrated operational strategy and managing the day-to-day safety and performance of its business divisions. Dom Scafetta is a qualified Chartered Accountant who has worked with Peet Limited since 1998.

Mr Scafetta began his career with major accounting firm Coopers & Lybrand (now PricewaterhouseCoopers) after completing a commerce degree in 1993. He held a senior role with the organisation in its Business Services division and advised a range of clients on accounting, taxation and general business matters.

Prior to Peet being listed on the Australian Securities Exchange, Mr Scafetta was appointed Chief Financial Officer and served in that role until February 2005, when he was appointed as Company Secretary of Peet Limited. Mr Fullarton is a Chartered Accountant with more than 30 years of experience, having commenced his career with KPMG in 1982. He became a Partner in 1994 and was Partner in Charge of the Audit Division in Perth for 8 years. During his tenure with KPMG, he established and led their property line of business and was the Lead Relationship Partner for most of the Company’s property clients. Mr Fullarton also served on the Division Council of Property Council for a period of 10 years.

Prior to joining Peet, he spent 18 months as Chief Financial Officer of Aspen Group where he was a key contributor in resetting their corporate strategy and leading their debt reduction programme.

He currently holds honorary roles as; Commissioner of the Western Australian Football Commission, President of the Hale School Foundation and Trustee of the Perth Diocesan Trustees of the Anglican Church.

Mr Fullarton holds a Bachelor of Commerce Degree from the University of Western Australia, is a Fellow of the Institute of Chartered Accountants in Australia and a Member of the Australian Institute of Company Directors. 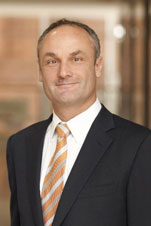 Peter Dumas has worked in the property funds management industry since 1995 with some of Australia’s leading property fund managers, including AMP Capital and Multiplex Ltd.

Mr Dumas has worked on a wide range of property projects in New Zealand, Germany, United Kingdom and United Arab Emirates and was instrumental in the creation of the $1.5 billion Ronin Property Group which was taken over by Multiplex Ltd in 2004.

He has a wide range of experience across the property sector having held a number of senior positions within the industry and has worked with funds invested across all core property sectors. Mr Dumas has also served as a director on a number of joint venture boards including four years as a Director of the AMP New Zealand Office Limited, which is listed on the New Zealand Stock Exchange. 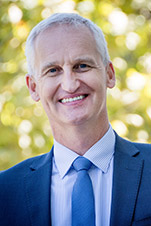 Paul Lakey joined Peet Limited in 2009 and is the Regional General Manager for Western Australia, South Australia and the Northern Territory.

Paul is a qualified structural and civil engineer with more than 29 years’ experience in the property and construction sector, including a range of senior management and executive positions with developers, design consultants, contractors and project management specialists. His broad base of experience draws from his work on diverse projects ranging from large masterplanned communities across Australia to high-rise commercial developments in Dubai and Europe. Tony Gallagher joined Peet in 2013 and, in more recent times, has been Peet’s General Manager (VIC/ACT). From 1 July 2017, Tony will take on the expanded role of Regional General Manager (VIC/ACT/NSW/QLD), with responsibility for all development activities of the Group’s eastern states’ landbank encompassing some of the Group’s largest masterplanned communities, including Flagstone City (QLD) and Googong (ACT/NSW).

Tony started his career as a valuer, and he has more than 20 years’ experience leading and managing small and large businesses across various sectors of the property development industry.

He has held senior management and executive positions in development, finance, investment banking and funds management across all States and Territories in Australia and is known for his significant technical knowledge and management skillset. 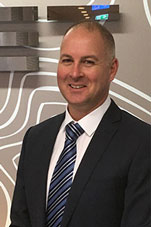 Michael has more than 20 years’ experience in the property, sales and media industries and joined Peet in 2012. He is now the General Manager for Medium Density and Completed Homes – the Group’s residential built form arm.

Prior to joining Peet, Michael held a range of senior executive and management roles in sales and marketing across the building and development, and media monitoring and reporting industries. In that time he has worked across a range of businesses, from privately owned firms through to national publicly-listed companies.

Michael holds a Master of Business Administration, a Diploma of Property Services, a Company Director Course Award from the Australian Institute of Company Directors and several REIWA Certificates in Real Estate and Property Management. 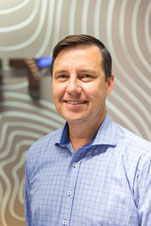 A chartered accountant with almost 20 years’ experience, Mark joined Peet in 2008 as Group Financial Controller overseeing the finance, management accounting and treasury functions of the organisation. In 2013, he became General Manager Finance in charge of the company’s finance, business analysis, administrative and IT teams. Mark has an extensive background in the property industry having served as senior accountant with Glenmont Properties, in WA. Prior to joining Peet he was Financial Controller of the Becton Property Group, in Melbourne, responsible for the financial functions of 18 investment vehicles with assets of more than $2 billion and 10,000 investors. Mark has tertiary qualifications in Accounting and Commercial Computing and a Masters Degree in Property. Michael was appointed General Manager, Development of Peet Queensland in 2013 and has led operations during a period of significant growth, overseeing commencement of the Flagstone City project, and the acquisition of new properties. Michael has more than 20 years’ experience in the property, construction and finance sectors starting his career as a valuer, before moving into a Corporate Real Estate Management role in the electrical industry with Energex. In 2002, Michael joined the National Australia Bank as Regional Manager (Qld) Property Finance. Over five years, he worked in both lending and credit and was involved in the full scope of financing property related transactions across Senior, Junior and Mezzanine lending. Michael moved to Stockland, in 2008, as Regional Manager of its Queensland business for six years responsible for residential communities and apartments. Michael has a Degree in Property Economics and also studied a postgraduate course in Applied Finance and Investment. Prior to joining Peet and after a career in nursing and midwifery, Anna worked with a range of global, national and local companies in senior roles that focused on recruitment, workforce and organisational development, and project management.

Anna has been a long-time judge of the Telstra Business Women’s Awards and a mentor to young professionals around the country.